Under the new leadership taking over in the Trump Administration, the Environmental Protection Agency is acting at an unusually swift pace for a federal regulator in its effort to totally revamp the Obama EPA’s controversial Waters of the United States (WOTUS) rule. Recent media reports indicate new officials running the Agency are targeting the end of this year for issuing an overhaul – by any realistic estimate, a Herculean chore for a rule of its magnitude.

Mining sector employers and groups are well-advised to stay on top of the latest developments on this widely-contested issue. As most in industry are aware, the eventual outcome of this rule will have a great impact on the ability of mining companies to 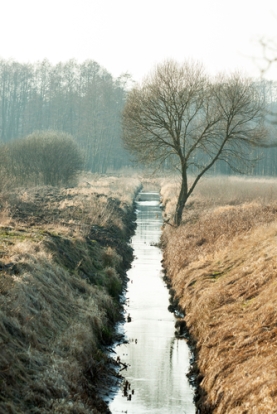 obtain crucial environmental permits. This is because EPA has previously sought under the rule to expand its Clean Water Act authority to virtually all water bodies in the country.

The Obama Administration made a last-ditch attempt to shield the rule in court through a massive legal filing just before its officials left office. See a related blog we posted on this earlier in the year. However, Trump’s EPA early on used legal maneuvering to buy it enough time to rewrite the final rule instead of defending the rule in court, which the White House clearly wants to avoid.

EPA’s new administrator, Scott Pruitt, according the recent reports, has put a new, revised rule on the fast track – possibly trying to get a draft proposed rule done by this summer. It seems like a stretch; however, if EPA puts enough resources into the effort and perhaps puts other agenda items to the side, it may be able to stick to this timetable. Much of this depends, of course, on how many provisions the Trump EPA wishes to change or scrap in the rule.

Some observers seem to think EPA can get an overhauled, proposed rule on the books by the aggressive timeline sought by Pruitt, as some changes to the rule, even significant ones, may not be too heavy a lift from the revision standpoint. We will have to see as more reports on EPA’s activity trickle in as to how fundamental and detailed the planned changes are.

However, if the Trump Administration does not put enough resources and spend enough time on the legal bases and regulatory rationales to support significant changes to the rule, the Agency runs the risk of opening up new vulnerabilities in court. One reason Obama EPA officials took so long in crafting the initial rule was that they wanted to insulate the final rule from these weaknesses.

Of one thing the Trump Administration can be almost certain: Any WOTUS rule – whether the one developed under his predecessor or by the newly controlled EPA – will be subjected to the gantlet of an intense court battles, possibly even rising to the Supreme Court.

Given the issues at stake and thorny legal and constitutional questions surrounding the Clean Water Act’s reach, justices will in all likelihood grant certiorari, or review of the legal challenges (whether from right- or left-leaning quarters), someday down the road, after the disputes are fought in district and appellate courts.

One reason a Supreme Court review looks near-inevitable is that there just is not much historical high court guidance on this complicated issue. One case from about a decade ago tested this issue and is the last that speaks directly to the concerns of EPA and its critics. This case, Rapanos v. United States, nonetheless was not fully conclusive in that the majority, led by the late Justice Antonin Scalia, reached its fifth vote only by a separate, concurring opinion by Justice Anthony Kennedy.

At issue in that case was really the heart of the WOTUS rule as envisioned by Obama: an expansive view by the Army Corps of Engineers of the “waters of the United States” as defined by the Clean Water Act. By adopting an expansive definition EPA would argue that its jurisdiction extends to numerous water bodies beyond traditional navigable waters.

The cases before the Supreme Court involved four Michigan wetlands lying near ditches or man-made drains that eventually empty into traditional navigable waters, and the cases involved petitioners who had been held liable for backfilling three of these areas.

The high court majority led by Justice Scalia disagreed; as he wrote in the opinion:

“The phrase ‘the waters of the United States’ includes only those relatively permanent, standing or continuously flowing bodies of water ‘forming geographic features’ that are described in ordinary parlance as ‘streams,’ ‘oceans, rivers, [and] lakes,’ [citing Webster’s New International Dictionary], and does not include channels through which water flows intermittently or ephemerally, or channels that periodically provide drainage for rainfall. The Corps’ expansive interpretation of that phrase is thus not ‘based on a permissible construction of the statute.’”

The last reference is to Chevron, the landmark case that gave deference to agencies but only for “permissible” constructions of their enabling laws.

Nonetheless, as the Court explained at the time:

“Because the Sixth Circuit applied an incorrect standard to determine whether the wetlands at issue are covered ‘waters,’ and because of the paucity of the record, the cases are remanded for further proceedings.”

Justice Kennedy differed somewhat from the majority in the concurring opinion:

“ … the Sixth Circuit correctly recognized that a water or wetland constitutes ‘navigable waters’ under the Act if it possesses a ‘significant nexus’ to waters that are navigable in fact or that could reasonably be so made … but did not consider all the factors necessary to determine that the lands in question had, or did not have, the requisite nexus.”

Without a strong Supreme Court precedent on the issue, there is still a looming legal showdown on the reach of EPA’s Clean Water Act authority.

President Trump’s assurances to rein in regulations are rapidly coming to fruition, though, and that is evident in the current rewrite of the WOTUS rule. His critics might say some of these promises are impracticable, and definitely that the timetable on this rule is unrealistic, but we have yet to see how much effort and resources EPA puts into rolling out the revisions.

It is worth noting that in the meantime, the WOTUS rule developed by the Obama Administration remains stayed throughout the country pending the complex legal proceedings, and now with President Trump in office, wholesale changes to the regulatory package are definitely on the way. The outcome will help shape the growth of the mining industry years into the future.

One thought on “EPA Pushes To Rewrite Controversial Waters Of U.S. Rule (WOTUS)”